My name is Gunner Fox. I am a Los Angeles based artist. I like to collect things, sometimes found, sometimes made up and then make something new with it. I relate my process to a jazz session soloing into the unknown and back, allowing the subconscious to go where it goes. I bring it all together in the studio, listening to records and having fun. I find magic in the spontaneous. I think that’s what attracts me to collaborating with other artists. I’ve been collaborating with Craig Anderson for fifteen years. Craig lives in Ft. Collins, Colorado. We visit from time to time but most of our colabs are mailed back and forth until they’re finished. Nate Otto is a Chicago based artist. We began collaborating a few years ago. We also use the mail for most of our collaborations. I’m always excited to send and receive new colabs, it’s like Christmas but better. The collaborative process compliments and inspires our solo works. There’s a level of respect and talent between us that makes the process work. I’ve made art as long as I can remember and hope I get to do this the rest of my days. Gunner Fox was raised in Kansas City. He received his BFA from the University of Kansas in 1999. He moved to Chicago in 2000 where he apprenticed artist Tony Fitzpatrick and began his MFA studies at The School of the Art Institute of Chicago. Gunner transferred to CalArts in 2001. During his time at CalArts he spent a year in Berlin at the Universität der Künste. He received his MFA from Cal Arts in 2004. Gunner has shown his work in LA, SF, KC, NYC, Berlin and Chicago. Currently he resides in Los Angeles. 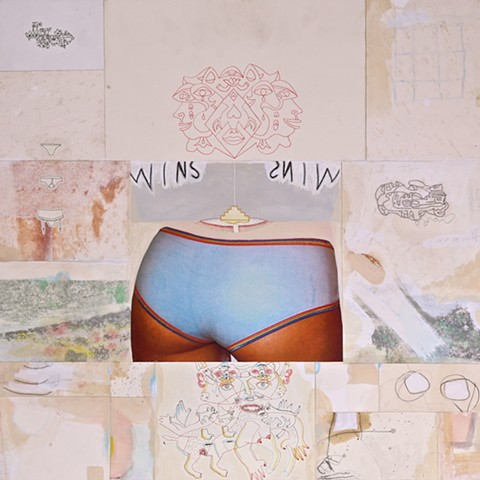